Belgian Lotto-Soudal is one of the teams with squads on the World Tour-level both in the ladies and mens categories. The biggest star in this years line-up for LToN from Lotto-Soudal is the track specialist Lotte Kopecky, recently to be seen at the velodrom at the ECH in Glasgow. 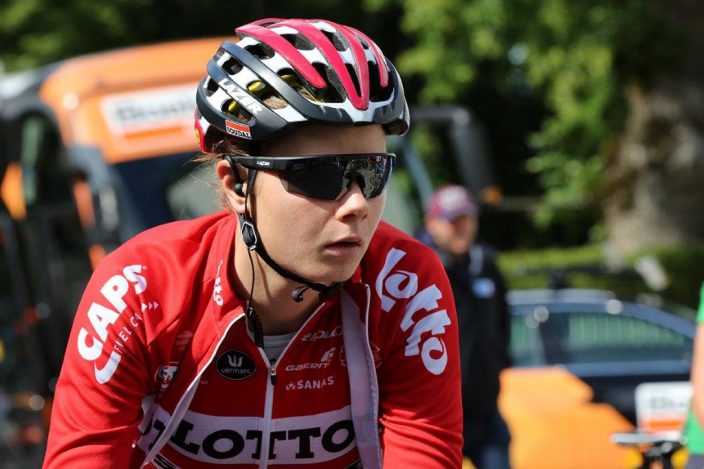 LOTTE KOPECKY is one of the worlds best track cyclists, but she is also good on the road and she is may be the biggest hope for success for the team at this years LToN. Photo/rights: MARCELA HAVLOVA/KEK-stock

The former track World Champion was second at the Belgian TT-championships this year and she got a 5th place in the Ronde van Vlaanderen (Tour of Flanders) last year. Lotto-Soudal have only one victory in the ladies class this year.

Annelies Dom won the Belgian road championships. She took part in the LToN last year, but so far she is only listed as a reserve this year.
Lotte Kopecky was close to a victory on the first stage of the World Tour-race BeNe Ladies Tour on home soil where she was second on stage 1.
Valerie Demey came from Topsport Vlaanderen this year and she was the silver medalist in this years Belgian road championship and she is in the preliminary line-up for the race in Norway.
Also 22 year old Kelly Van Den Steen is new in Lotto-Soudal from Topsport Vlaanderen. She raced the LToN last year where she was 9th in the fight for the Best young rider jersey. Van Den Steen was also a member of the Belgian team at the World Championships in Bergen, Norway.
Another newcomer is the 23 year old French rider Annabelle Dreville who was riding for the FDJ-team last year.
22 year old Marjolein Van’t Geldoof is a big talent in her first professional season at this level. She was a part of the Dutch team at this years U23-ECH in the Czech Republic. 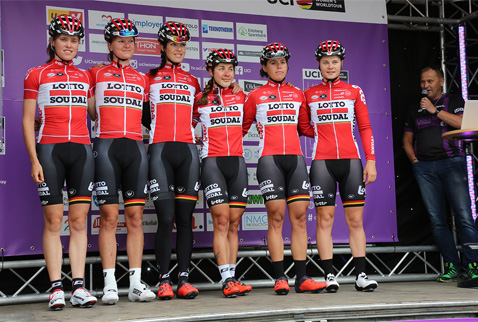 LOTTO-SOUDAL did race the Ladies Tour of Norway also last year. Here is the team at the presentation in front of one of the stages in 2017. Photo/rights: MARCELA HAVLOVA/KEK-stock

But Lotto-Soudal ladies need more victories if they wanna compete with their own mens team who did race the Tour de France with stars like Andre Greipel, Thomas De Gendt and others. May be the victories are coming in the Ladies Tour of Norway?