The teams in this years LTON : The world’s best team with Danish World Champion

The Dutch Boels-Dolmans team is the world’s best professional team among the ladies. This year neither of the two previous winners of LToN – Olympic champion Anna van der Breggen and the American champion Megan Guarnier – are in the line-up this far. Instead, the team puts the pressure on the 21 year old reigning World Champion Amalie Dideriksen from Denmark. 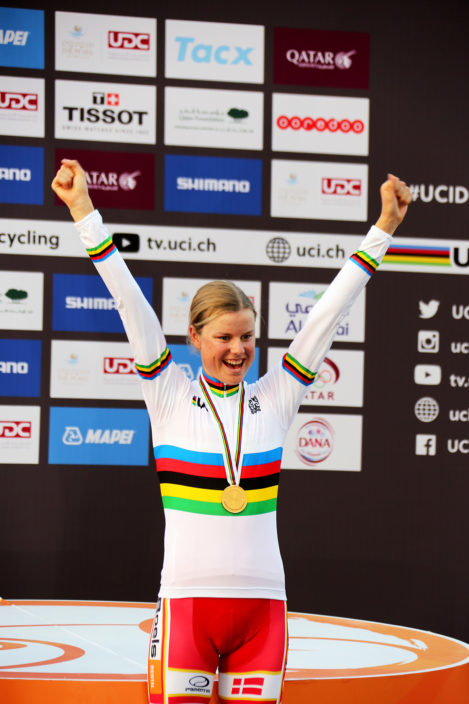 THIS IS how happy you get when you win the gold medal and the rainbow jersey as a 20 years old cyclist. Amalie Dideriksen of Denmark had already won the Junior World Championships twice! Photo: KJELL-ERIK KRISTIANSEN/sweski.com

She was just 20 years when she surprised all the favourites and won the gold medal and the rainbow jersey in a tight sprint in Doha, Qatar in October. Dideriksen outsprinted the favourite Kirsten Wild of Holland and Lotta Lepistö of Finland, who both ended up on the podium as well. Actually, being just 20 years Dideriksen should be too young to be a World Champion among the seniors.

This season she has already won the World Tour race Ronde van Drenthe wearing her rainbow jersey, a jersey she will display in the Ladies Tour of Norway in August.
One of her forces is her ability to strike when it really matters. The Danish super talent became Danish champion already in 2015. Before that, she was Junior World Champion both in 2013 and 2014, so the gold in Doha 2016 was actually her third!

But representing the best team in the world means she has to justify herself between team mates Anna van der Breggen, Megan Guarnier, Lizzy Deignan, Chantal Blaak, Christine Majerus and Katarzyna Pawlowska.

Amalie won the Best Young Rider jersey at LToN in 2015, finishing as number 11 on the general classification. She was 10th on the first stage between Strömstad and Halden.

Boels Doelmans is of course one of the favourite teams this year, even without van der Breggen and Guarnier. The team has so far entered the following names in addition to Dideriksen: Chantal Blaak, Jip Van Den Bos, Amy Pieters, Christine Majerus och Karol-Ann Canual. 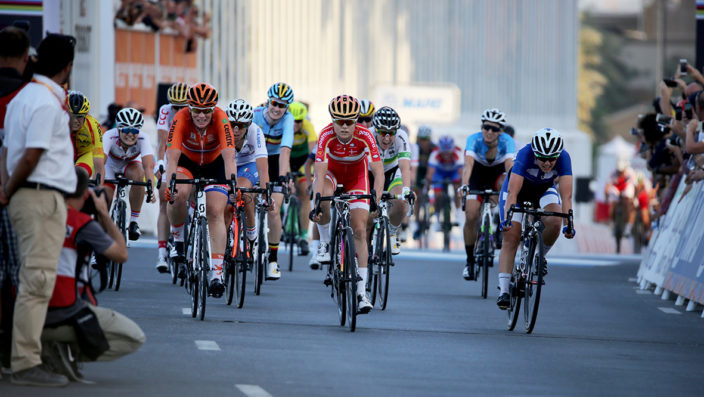 Boels Doelmans will of course be one of the favourite teams in this years LToN even if van der Breggen and Guarnier are not turning up. The team has so far entered the following names beside Dideriksen: Chantal Blaak, Jip Van Den Bos, Amy Pieters, Christine Majerus och Karol-Ann Canual.