The teams in LToN : Team TIBCO-SVB – first time in LToN

American TIBCO-SVB is a new team for us in the Ladies Tour of Norway. The team is very international and they have three victories in different national championships this year. But they are not among the greatest favorites for the victory, in the TTT in Vårgårda, Sweden recently the team finished 11th – beaten by 3,22 minutes.

The teams full name is Team TIBCO-Silicon Valley Bank and the riders are from both North- and South America and Europe. 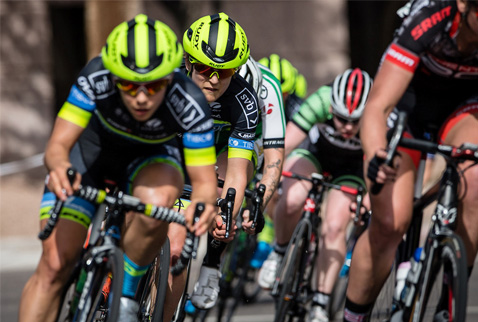 AMERICAN Team TIBCO-SVB is the longest lasting North-American team for ladies on the highest level. This year they are coming to the Ladies Tour of Norway for the first time. Photo: TEAM TIBCO-SVB

This Summer the team have contracted Italian rider Valentina Scandolara who was 7th on GC in LToN already in 2014. She was riding for Dutch team WM3 Eneregie last year, but this team is no longer. So she as been riding by her own this year. 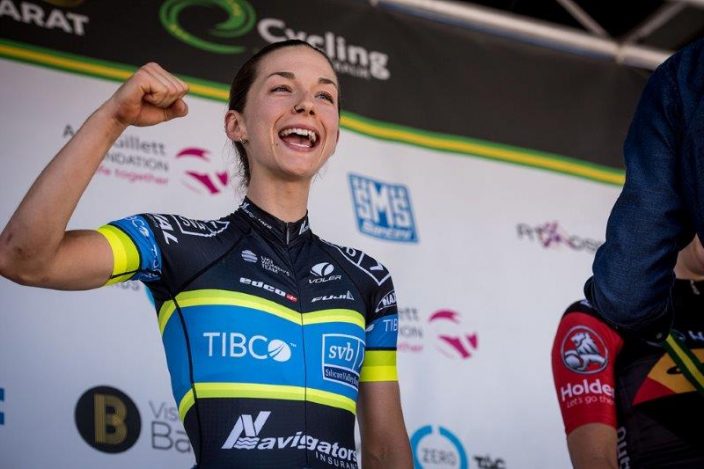 SHANNON MALSEED celebrating victory at the Australian championship this year. She was riding the Ladies Tour of Norway for the Australian national team last year. Photo: TEAM TIBCO-SVB

23 year old Shannon Malseed was riding LToN for the Australian national team last year and she is the Australian championship this year. Beside that she has gold and silver from the Oceanian championships in 2016 and 2017. Malseed also has a 2nd place on one stage of the World Tour-race Tour of Chongming Island in China and she is may be the biggest talent in the team.

The team is standing with 5 victories so far this year. These including Malseeds Australians championship as well as TT-gold for Ingrid Drexel in Mexico and Nicolle Bruderer in Guatemala. One World Tour-victory is also on the list: Sprinter Kendall Ryan won the 1st stage of Tour of California.

Team TIBCO-SVB will definitely be an exciting newcomer in this years LToN.