German Team Sunweb has had a fantastic season this far. Tom Dumoulin won Giro d’Italia, and in Tour de France the team won both the green jersey with Michael Matthews and the polkadot jersey with Warren Barguil. This was topped with four stage victories. As a matter of fact they can be victorious in the Ladies Tour of Norway as well. Team Sunweb is one of the teams having both a women and a men squad, and the reigning LToN champion, Dutch rider Lucinda Brand, joined the team this year. 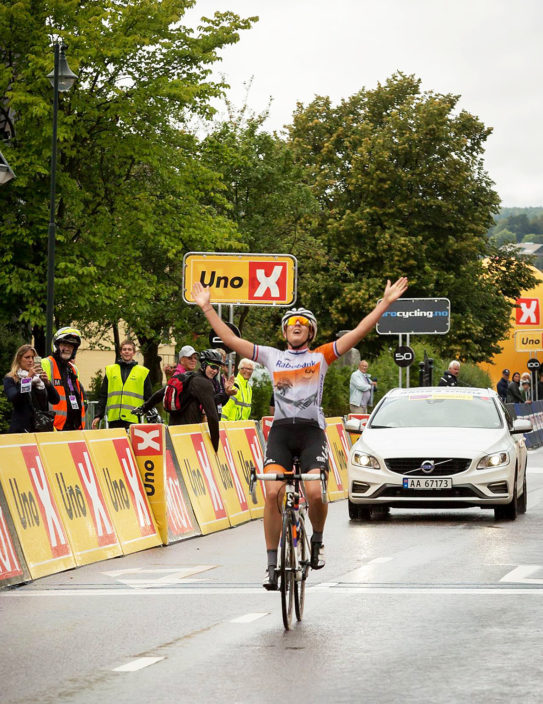 THIS SOLO BREAK on the second stage between Mysen and Sarpsborg was sufficient for victory both on the stage and the GC for the former Dutch champion Lucinda Brand, at that time in the Rabobank jersey . Photo: EVENTFOTOGRAFENE/Halden

Last year 28 year old Brand rode for the now dissolved Rabobank team. She ended up in Team Sunweb, a team with very strong ambitions of reaching the top in LToN. Last year the former Dutch champion decided the race with a solo break at the second stage between Mysen and Sarpsborg.
That was Brand’s second professional victory on GC in a stage race after the Energiewacht Tour on home ground in 2014. Lucinda Brand is a well known cyclist, so the victory in LToN 2016 was no real surprise to those following women cycling. She was Dutch champion both in 2013 and 2015, and has three stage wins of the womens Giro d’Italia, the latest one this year. In 2017 she also climbed to the top of the podium for the first time, winning the Omloop Het Nieuwsblad in Belgium.

The biggest victory machine in the Team Sunweb this season is the American sprinter Coryn Rivera. However, she is not in the line-up for LToN. In Norway Lucinda Brand will lean on the TT-specialist and fellow Dutch rider Ellen Van Dijck, as well as the strong Canadian Leah Kirchmann.
The other riders on the team coming to Norway in August are Juliette Labous, Floortje Backaij and Roxanne Slik.

It is a very strong team and we will for sure see a lot of action from the white jersey with the black stripes on the roads in Østfold between August 17th and 20th. 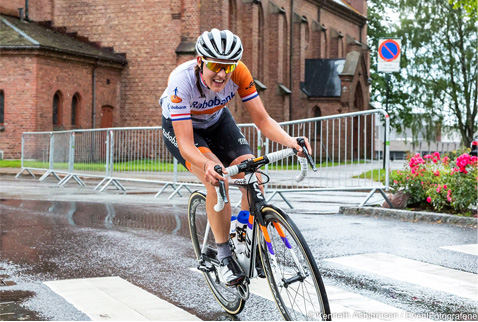 LUCINDA BRAND alone in the lead on the second stage in Sarpsborg last year. It was this victory that gave her the overall win. Now she returns to defend her victory with a new strong team. Photo: EVENTFOTOGRAFENE/Halden