Riejanne Markus (Jumbo-Visma) took one of her absolute biggest wins when she held off the chasing bunch and sprinted home the victory on stage 2 of the Ladies Tour of Norway.
So for the second day in a row a lonely rider won just ahead of the peloton.
But American Kristen Faulkner (Team Tibco-SVB) is holding on the the yellow jersey. 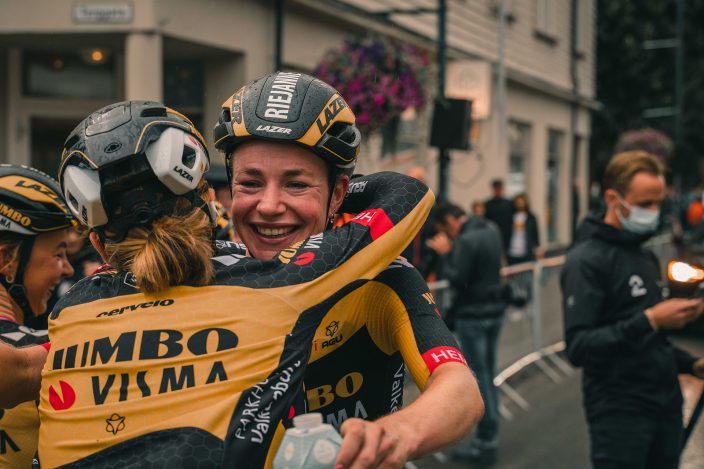 The early break of the race was formed by the two French riders Audrey Cordon-Ragot (Trek-Segafredo) and Aude Biannic (Movistar). They worked good together, but the gap was never much more than two minutes on the 145,2 km long stage in the municipality of Indre Østfold between the cities of Askim and Mysen.

Jumbo-Visma went to the front of the peloton and increased the speed after 90 km. And when the riders came to the climbs after Spydeberg it was time for Markus to make her move. She attacked and after some kilometers she bridged up to Cordon-Ragot and Biannic.
The trio worked together, but they couldn’t increase the gap and after the last sprint at Skjønhaug (118,7 km) first Cordon-Ragot and then Biannic hade to let Riejanne Markus go.

The Jumbo-Visma-rider continued alone and before the final lap it was close to a minute down to the rest. And with a climb in the 8,2 km long final lap Markus was under pressure, but she held her advantage and came to the final kilometer with nearly 20 seconds lead.
And on the slightly uphill finish she had no problems holding off a fast sprinting Corin Rivery (Team DSM) taking second ahead och Alison Jackson (Liv-Racing). 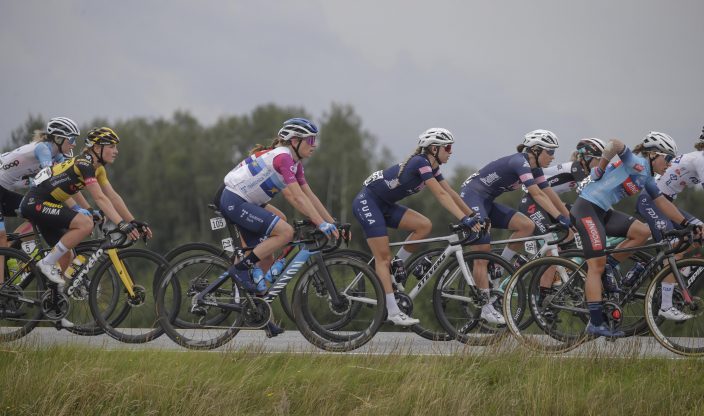 The queen stage of the four days race is coming on Saturday with the 11 km climb to the mountain at Norefjell as a finish. A lot of people are looking at Olympic TT-champion Annemiek van Vleuten, but Asleigh Moolman-Pasio (SD Worx) and some other ladies might give her a fight up the mountainside.