Planning of LToN 2019 is well in progress!

The calendar says that it’s still half a year until this year’s edition of Ladies Tour of Norway, but there is no reason to be on the lazy side because of that. There are a lot of things to be planned and clarified now, and all this is well in progress.

Recently, the first general meeting in 2019 was arranged for the members of the organisation committee, and it became a constructive and informative meeting at Thon Hotel in Halden – one of our three partner hotels, for the appr. 15 persons in this year’s organization staff. There are also some new members in the committee this year, and they must also be updated with their responsibilities and tasks as quickly as possible .

The stages with start- and finish areas are now relatively nailed, and we can promise that there will be 4 beautiful and spectacular stages during this year’s race.
The actual presentation of stages and host municipalities will take place in April, but we can already now reveal that there will be a lot moments to look forward to!

All major events with a certain respect for themselves also have their own launch parties, and LToN is no exception. Also this year we will be organizing a launch party, and this will most likely be arranged in May. 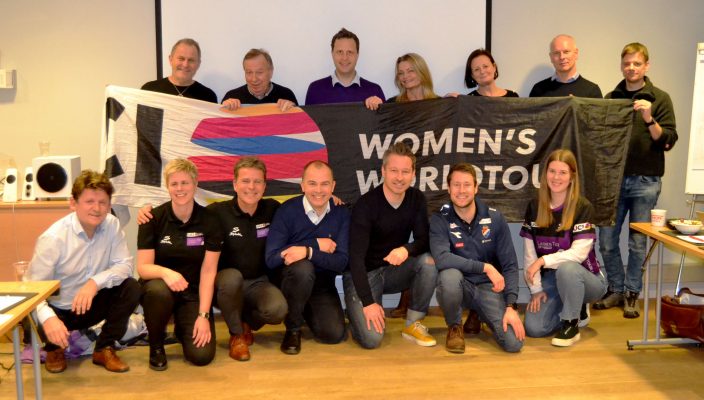 So it’s just to keep up to date with information and news about this year’s Ladies Tour of Norway – Scandinavia’s only road race with WorldTour status!