The Fredriksten Fortress made a beautiful surrounding of start and finish area of the second and last stage of Ladies Tour of Norway. 105 km of hilly terrain, 3 technical local laps, rain and hilly course made the race hard. It was several breakaway attempts during the first 70km and at that point the big favorites made the final jump and got away. 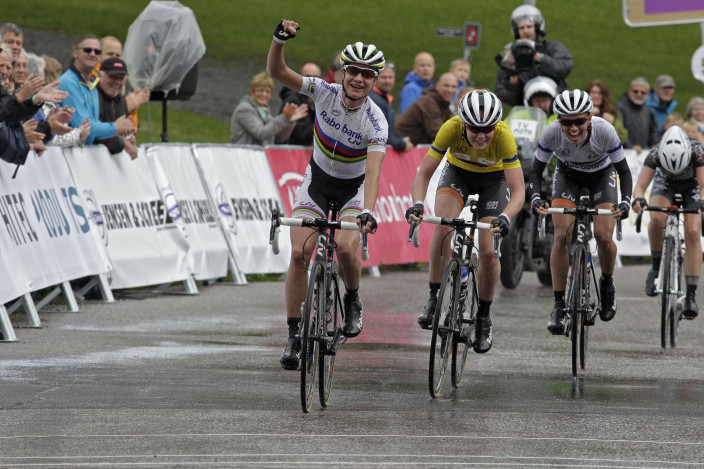 At the last lap Emma Johansson had a small attack but the Rabo-Liv team was strong and kept it controlled. Knetemann had to give a small gap on the last kilometers and it ended in a sprint with 7 riders. The world champion, Marianne Vos, won and her two remaining team mates joined her on the podium. Anna Van Der Breggen won the overall classification in this first edition of Ladies Tour of Norway.
-It was a great stage. It was harder than expected, and the weather condition made it even tougher. The team was so good, so we are really happy now, said Marianne Vos after the win.
– The race have been great. This is definitely a start of something big, and I hope to come back, said Vos.