Marianne Vos got two out of two

Marianne Vos (WaowDelas) and Emilia Fahlin (Wiggle High5) made a da capo in the Ladies Tour of Norway by taking 1st and 2nd place for the second day in a row at stage 2 between Fredrikstad and Sarpsborg.  It was another day with 127 km and a finish on a slightly uphill road. It was also a wet day with a lot of wind where Vos was under attack from several riders on the final laps. 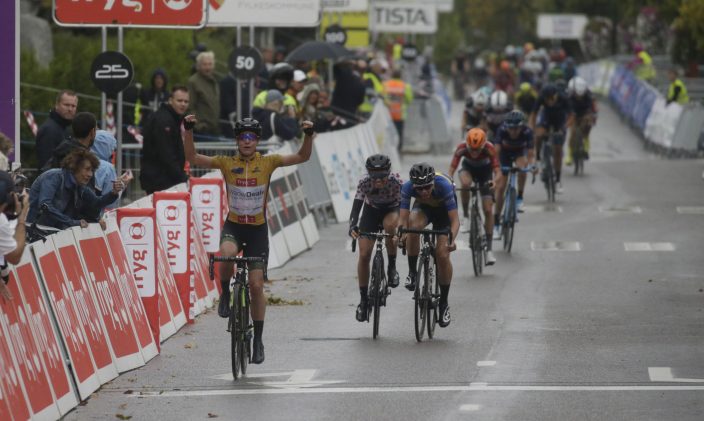 – I really hade to work hard. I noticed already on the second intermediate sprint when we passed the finish line that this was a difficult finish, says Marianne Vos.
– Team Sunweb tried to outnumber me with several attacks and they were racing hard.
But the cycle queen from the Netherlands who won the race last year responded to all attacks and was there when the riders hit the last kilometer.

Katarzyna Niewiadoma (Canyon-SRAM) from Poland opened the sprint, but Marianne Vos had the power to go around her on the last 100 meters and won easier than in Mysen on Friday.
The Swedish champion Emilia Fahlin did another strong sprint just like on stage 1, but the Wiggle High5-rider had to settle for 2nd again. Niewiadoma finished 3rd and she also won the Queen of the Mountain-sprint. She has a good grip of the QoM-jersey after two stages. 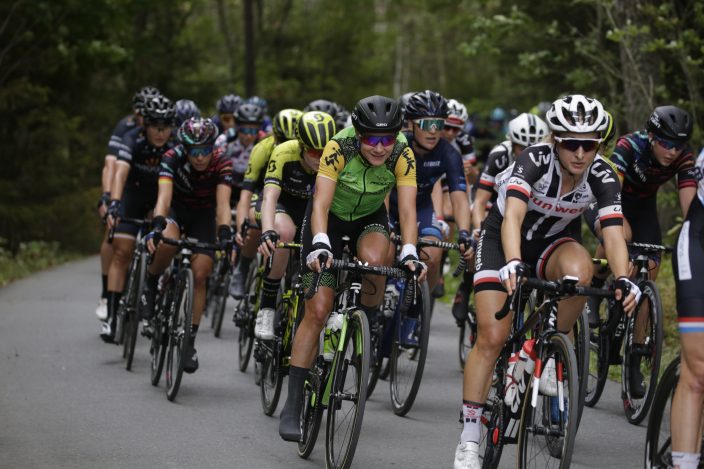 The riders had to fight with a lot of wind all the way and at the end they also got some rain.
– But it was not cold, the speed was too high for that and we had to work hard all the way, says the winner Marianne Vos.
She does now have a lead of 18 seconds over Emilia Fahlin, while Niewiadoma who was a teammate with Vos last year. She moved of 15 places to a 3rd overall, 28 seconds a drift of Vos.

On Sunday the longest stage of 154 km between Svinesund and Halden is waiting for the riders. It’s going in and out of Sweden and a lot can still happen. Marianne Vos definitely has to work hard on Sunday to win the race again.
Vos also holds the green points jersey, while Italian Chiara Consonni (Valcar PBM) defended her while jersey as the best young rider. The best Norwegian rider was Susanne Andersen (Hitec Products-Birk Sport) who finished 12th in the leading group.