LToN going to Vestfold for the first time

This year the Ladies Tour of Norway will visit the region of Vestfold for the first time. The first stage will take the riders through most of Østfold’s neighbour region on the other side of the Oslofjord. The start will take place just outside the old house of the famous painter Edward Much, and the finish is in the center of the costal town Horten, the same finishing line as for the men at the Tour of Norway last year.

Edward Much is central at the start in Åsgårdstrand where the riders will be close to his old home. This before they will role out on the nearly 130 km long stage with three laps of 7,6 km each in Horten at the end. 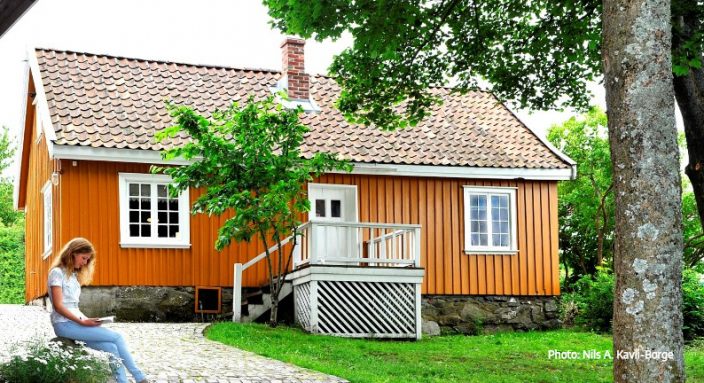 It’s not the most hilly stage, even though the terrain is not completely flat in the inner parts of Vestfold. So it should be a good possibility for the sprinters to take home a stage win. A special motivation is probably coming from Hitec-Product’s rider Ingvill Gåskjenn who is a local from Horten.

The stage moves west into the inner part of Vestfold at first. From Høijord it takes the riders straight north to Hof and then east to Sande. From here the route follows the Oslofjord south to Nykirke before the riders turns left into the center of Horten.

The stage has two intermediate sprints and two KoM-sprints. The flat sprints are in Revetal efter 23,5 km and in Holmestrand after 88,1 km. The two hill sprints are not the longest and hardest in history. First comes Kjønnerød after 33,2 km with a climb of 1,4 km with an average of 3,1%. The second is Hanekleiva after nearly 70 km, a wellknown climb in several mens races earlier. It’s 3,1 km long with an average of 3,9%. And with 60 km to the finish theres is a good chance that the race will come together again – if not a breakaway will succed to stay out till the end.

The final circuit in the center of Horten is a quick one with a right turn into the last 500 meter. The riders will se the line with some 200-250 meters left. Despite a small uphill it’s a quick finish. And the finish area hosted a very cosy atmosphere at the 2018 Tour of Norway for the men. We expect the same good atompshere also when the ladies will be sprinting for glory here.

For Ladies Tour of Norway it’s a very interesting step to enter also the region of Vestfold. The race is normally based in Østfold, but this year we’ll also be in both Vestfold and Sweden.