Kristin Faulkner (Tibco-SVB) attacked from a break of 5 riders and won a sensational victory on the first stage of the Ladies Tour of Norway on Thursday.
– It’s my first ever WordTour-victory and I was really afraid they should catch me on the line, said the 28 year old American who just held of the peloton sprinting behind. 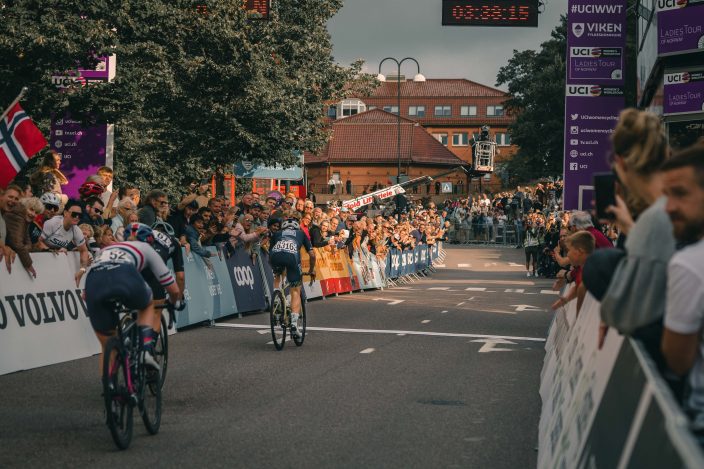 Faulkner was a part of a five rider group who were in front for most of the race. She escaped after som 40 km together with Anna Christian (Drops), Nina Buysman (Parkhotel Valkenburg), Tiril Jørgensen (Norwegian national team) and Nathalie van Gogh (Bingoal).
The group hade 4 minutes at the most but when they got closer to the final circuit in Sarpsborg the peoloton increased the speed and got within two minutes.
Faulker attacked her breakaway compratiots before crossing the line for the first time with 20 km to go. She went on alone as the other four were realed in by the peloton.
But it was not really any team able to contral the chance and with two laps to go (13,4 km) Faulkner had increased the gap to one minut.

The chaser took half out it away on the penultimate lap, but she managed to just hold off the others on the slight uphill finish. One reason for this was also a crash in the peloton that took down some of the riders. It caused a disorder between the teams again and Kristen Faulkner was just able to win by a few centimeters ahead of home hope Susanne Andersen (Team DSM) and the Brittish champion Alice Barnes (Canyon SRAM).
– I haven’t even begun thinking about how to defend the leaders jersey tomorrow, says Faulkner not very familiar by being in the center of everybody in the finish area in Sarpsborg after 141,5 km 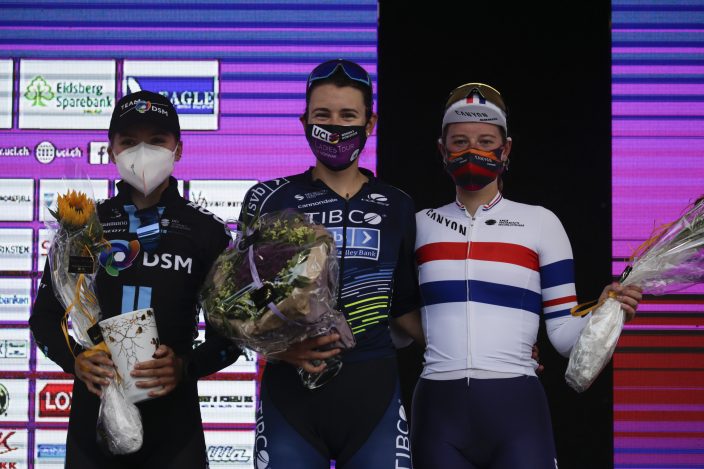 – I’ve never raced in front of so many people before, she smiles.
Faulkner also took the points jersey while Nina Buysman (Parkhotel Valkenburg) who was also in the break is the leader of the Queen of the Mountains jersey. Anna Shackley (SD Worx) holds the best young rider jersey, while Susanne Andersen (Team DSM) was the best The Ladies Tour of Norway is a four days race and it will finish in Halden on Sunday. The big test is the mountain finish to Norefjell on Saturdays stage 3.

Here is the complete results of stage 1.