Is Valcar PBM coming with their best?

Presentation of the teams in LToN : Is Valcar PBM coming with their best?

Italian team Valcar PBM took part in the Ladies Tour of Norway also last year. The team have several promising riders, but two of them are only registered as reservs this year. The former Junior World Champion Elisa Balsamo and this years Italian champion Marta Cavalli.

The teams mot experienced rider in the first line-up is probably 25 year old Maria Giulia Confalonieri with several strong results on her CV. She has been 5th in both the Madrid Challenge by La Vuelta (2016), in Prudential Ride London (2016) and in the Crescent World Cup in Vårgårda (2016). The best results this year are a 2nd place in the GP della Libeerazione PINK and a 3rd place from the Omloop Het Nieuwsblad. 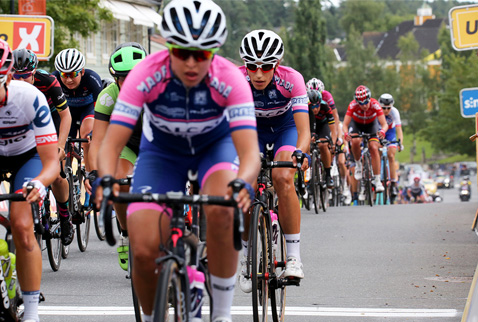 ELISA BALSAMO (behind) is a former Junior World Champion and a big talent. But is she coming to start in the LToN this year? She is not in the first line-up for Valcar PBM. Photo/rights: MARCELA HAVLOVA/KEK-stock

The most promising rider in the team is anyway Elisa Balsamo, the 20 year old former Junior World Champion and recently with a 2nd place on one stage of the BeNe Ladies Tour. She was riding the LToN last year, but so far this year she is only listed as a substitute. May be she will turn up, just like we hope to see the newly crowned Italian champion Marta Cavalli. These two riders have the teams only victories in 2018 and both are only 20 years old.

New in the team is Ilaria Sanguinity, a 24 year old who was riding for Bepink-Cogeas last year and was awarded the most offensive rider on stage 1 of LToN between Halden and Mysen.

25 year old Dalia Muccioli was also in LToN last year and she has taken steps this year. Muccioli was 4th on GC and one stage of the World Tour-race Tour of Chongming Island in China. 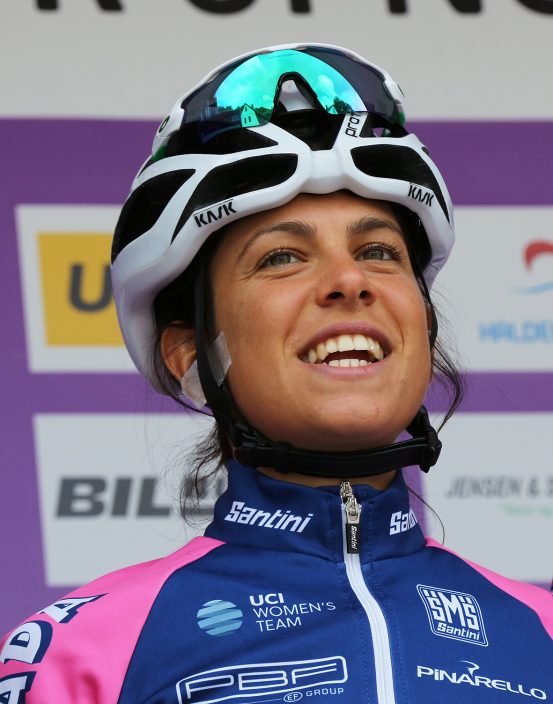 DALIA MUCCILOI was riding the LToN also last year and this year she has been 4th in the World Tour-race on the Chongming Island in China. Photo/rights: MARCELA HAVLOVA/KEK-stock

Valvar PBM is hunting their third victory this year. The chance is probably much bigger if the Italian team will come with Elisa Balsamo and Marta Cavalli to Norway.