Chloe Hosking took the tears after the victory on the last stage of the Ladies Tour of Norway. The Trek-Segafredo-rider is back after a long time of sickness with covid-19 and heartproblems. This was her first race since Gent-Wevelgem, but she outsprinted Corin Rivera (Team DSM) and Chiara Consonni (Valcar). 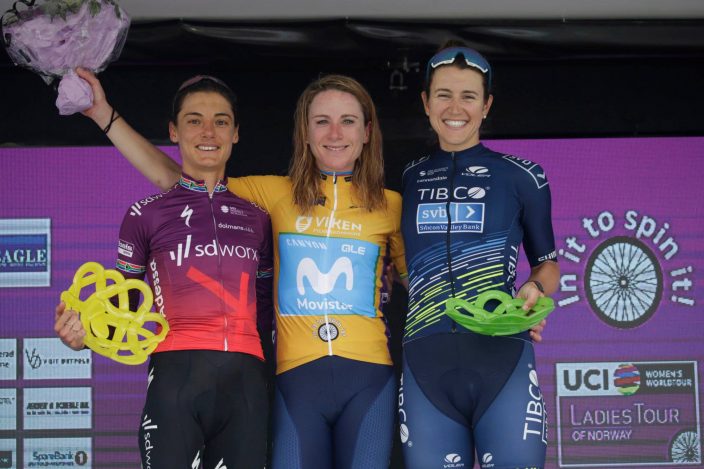 Rivera was the favourite to take the stage when the peloton caught the two breakaways of the day: Jule van der Berg (Jumbo-Visma) and Rosella Ratto (Bingoal). Team DSM worked hard to set it up for the American, but Lucinda Brand went to the front on the last 2 kilometers and brought Hosking to a perfect position for the last 300 meters.
And the Australian showed her old speed and held off Rivera and Consonni in a tight sprint. That got the tears on the face of Chloe who has fought her way back during what was nearly stopping her career.

Annemiek van Vleuten (Movistar) was well protected by her team and didn’t let Asleigh Moolman-Pasio (SD Worx) get away on the 141,5 km long final stage from Drøbak to Halden. The Olympic time trail champion won by 39 seconds on the GC.
Kristen Faulkner (Team Tibco-SVB) was third, but she lost the green points jersey to Canadian Alison Jackson (Liv-Racing) who outsprinted Faulkner on the two intermediate sprints on the stage. 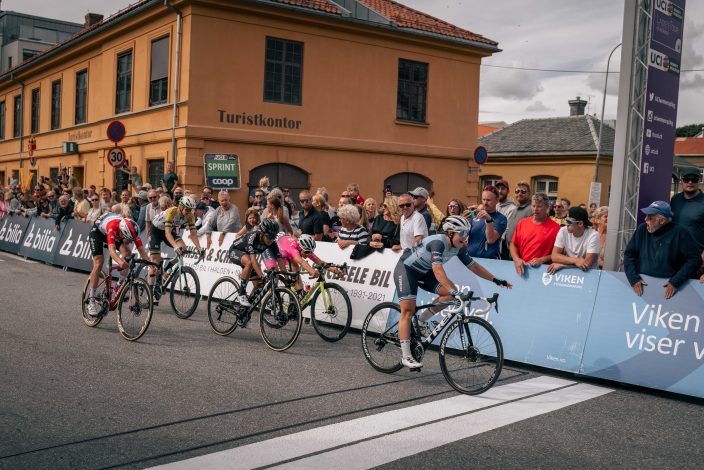