Hitec-Products fighting on in difficult year

The teams in LToN 2018 : Hitec-Products fighting on in difficult year

Hitec-Products is Norway’s only professional team for ladies. But this year has been a difficult season with economical problems and less competitions than normal. The hope is now to have success at the Ladies Tour of Norway on home roads. May be by the 20 year old Susanne Andersen, still one of the biggest talents in the world.

It’s the German rider Charlotte Becker who has ”saved” the season so far for Hitec-Products by taking two victories in the World Tour-race at Chongming Island in China. She also won another race on the same tour and is standing with 3 of the teams 6 victories in 2018. 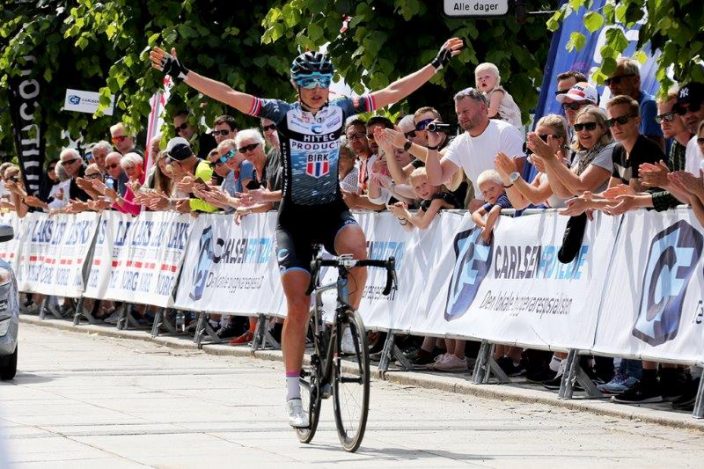 VITA HEINE is defending her Norwegian title in the road race in Sandefjord where she won solo after a long break. Photo/rights: INKA JULIA KRISTIANSEN/KEK-stock

Two of these 6 victories are from the Norwegian championships where Line Marie Gulliksen won the TT and Vita Heine defended her victory in the road race. In Norway the Hitec-Products girls normally are outstanding and it looks like they’re coming with a nearly full Norwegian line-up to

20 year old Susanne Andersen from Stavanger was an impressive 7th at the WCH road race in Bergen last September. She was also a sensational 2nd at the stage to Sarpsborg in the LToN already in 2016 when she was only 18 years. Can she fight in the top again this year?
Or is Norwegian champion Vita Heine finding the top form in time for the important race at home? It’s clear that this season has been a little bit outside the hopes for Hitec-Products. 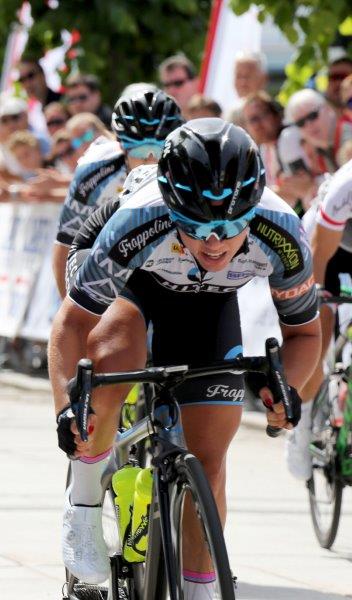 SUPERTALENTED Susanne Andersen is sprinting to silver at the Norwegian championships in Sandefjord. She was number 7 at the WCH in Bergen last September as well. Photo/rights: INKA JULIA KRISTIANSEN/KEK-stock

A Norwegian victory in the LToN on live Norwegian TV will mean a lot to Norwegian womens cycling. Just look what the success of riders like Thor Hushovd, Kurt-Asle Arvesen, Edvald Boasson Hagen, Alexander Kristoff and others have meant to Norwegian cycling.

For Hitec-Products it’s also a challenge to deliver the results with the unsure situation regarding the teams economy. Some riders like Italian Tatiana Guderzo have already left the team. Emilie Moberg and Katrine Aalerud moved to Team Virtu in Denmark already ahead of this season.