Ladies Tour of Norway has got a new technical director.
But 40 year old Anders Eia Linnestad from outside Tønsberg is in no way a newcomer. He has the same job in several other cycle races, including Tour of Norway. And he has been a member of the Norwegian national junior team together with Thor Hushovd and has won the national title in the criterium as a junior. 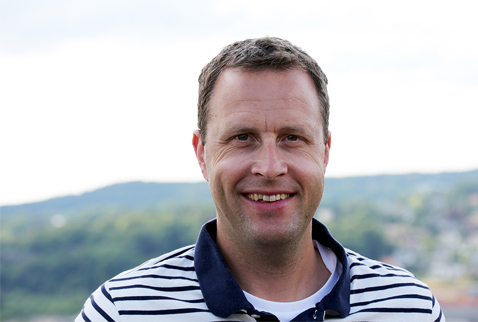 ANDERS EIA LINNESTAD is the new technical director of Ladies Tour of Norway, but he is of no mean a beginner. The 40 year old from Vestfold has been working with cycling his whole life and he has the same job at Tour of Norway for men. Photo/rights: KJELL-ERIK KRISTIANSEN/KEK-stock

– I stopped my competitive cycling in-between the junior- and senior ranks, says Anders, who instead started his life on the other side, among the organizers.
– I got employed by Interspons and Birger Hungerholdt and we started with Ringerike Grand Prix. Later it became Tour of Noway and we’re also running the Joker-Icopal Continental team.

Now will be the first time during the roof of the car at Ladies Tour of Norway. And Anders knows how to get the ladies safely through the region of Østfold and in Sweden.
He has also studied Sports Management and he was one of the founders of Olympia Sport in the region of Vestfold. Anders has worked with cycling in his whole life. His father Dag was also a Norwegian TT-champion and he is the regular driver for Anders at Tour of Norway. 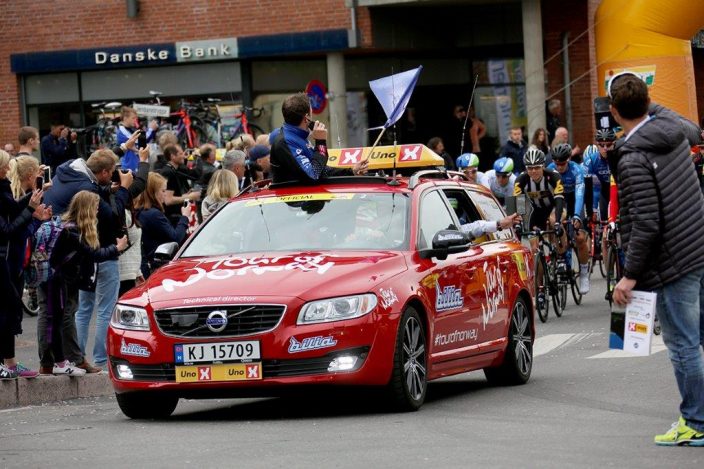 THE LIFE THROUGH THE ROOF. Anders is used to stand through the roof of the car watching the riders. Like here at the Tour of Norway. Photo/rights: MARCELA HAVLOVA/KEK-stock

Now he is looking forward to take on the new challenge as technical director for Ladies Tour of Norway. And Anders is very impressed that more or less all the best female riders in the world will take the start in Norway.
– It feels like we have most of the things in place and the people in the organization have done a very good jobb in advance. I also know some of these roades from Tour of Norway earlier.

And next year another challenge is waiting when Tour of Norway and Tour des Fjords are merging to one race. Of course with Anders Eia Linnestad as the technical director.
His experience is not easy to beat.