30 year old Marianne Vos will for sure be one of the favourites in this years Ladies Tour of Norway. Most Norwegians probably won’t notify that. But this is female cycling’s equivalent to Norway’s superstar Marit Bjørgen in the skiing tracks. With 3 World titles under her belt, Vos is a megastar in her home country Holland. 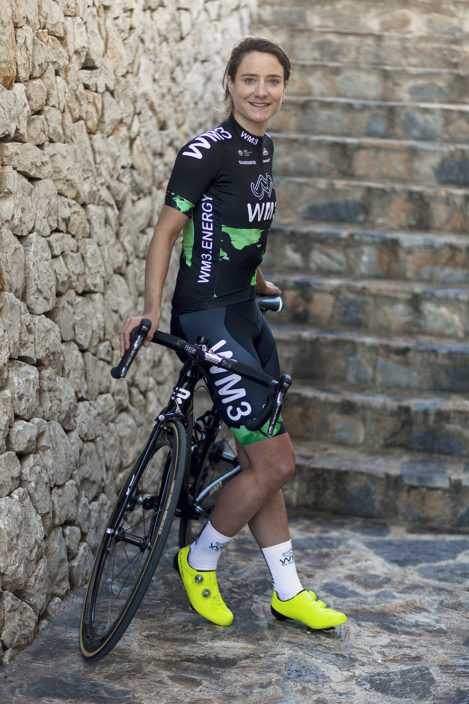 MARIANNE VOS is one of the big favourites to win this years Ladies Tour of Norway. She is female cycling’s answer to Norway’s superstar, cross country skier Marit Bjørgen when it comes to popularity on home base. Photo: WM3 PRO CYCLING TEAM

Actually, Marianne Vos started in the first ever LToN in 2014 as well. She won both the prologue and the second stage in Halden, and ended 2nd on GC after her teammate Anna van der Breggen.

Those results went rather unnoticed in Norway though. But, Marit Bjørgen winning her skiing medals probably doesn’ make the biggest headlines in Holland either…

Now Vos returns to Østfold and LToN, this time as one of the big favourites. She is captain of the new WM3 Energy-team which builds on much of the old Rabobank-team.

Superstar Vos was World champion both in 2006, 2012 and 2013. She has won the ladies’ Giro d’Italia three times and has no less than 19 stage wins! Her last victory came last weekend at the BeNe Ladies Tour in Belgium where she won the GC, the points competition and two stages.

Marianne Vos is a typical cyclist who can determine races; she can sprint and she can attack if necessary. Quite similar to Norway’s star Edvald Boasson Hagen, allthough Vos has more wins . To this date she is logged with 134 professional victories!

At LToN in August Marianne Vos heads a very strong WM3-team. The overall victory clearly is a goal for them. Another card to play is the strong Polish rider Katarzyna Nieuwadoma. And for the sprints they have the former Dutch champion Anouska Koster who won the last stage in Halden in 2016. Both Moniek Tenniglo and Jeanne Korevaar have experience from the race. Also in the team is Anna Plichta.

This leaves top names like Valentina Scandolara and Australian Lauren Kitchen, a former rider at the Norwegian Hitec Products team, as substitutes.

MARIANNE VOS celebrating victory on stage 2 of the first edition of LToN in Halden 2014. She won at Fredriksten Fortress ahead of her teammate Anna van der Breggen, who took the GC in the race. Photo: EVENTFOTOGRAFENE Halden