Presentation of the teams in LToN 2018: British Trek-Drops stronger this year

The British World Tour-squad Trek-Drops didn’t show too much last year in the Ladies Tour of Norway. This year the team is back, and it’s a stronger team with a couple of new and powerful riders who has delivered during the season. 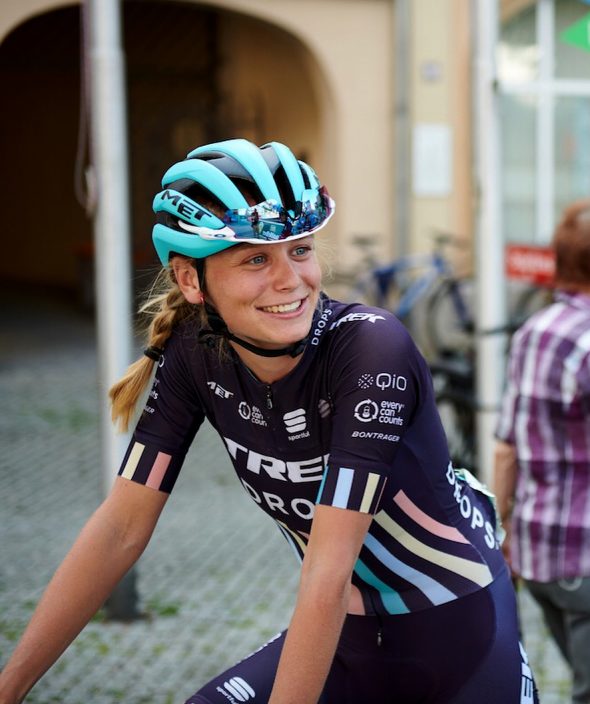 23 YEAR OLD Eva Buurman from Holland took part in the LToN also last year, but at that time she was riding for the Dutch team Parkhotel Valkenburg. Now she’s in the Trek-Drops team and she has been a surprise this year. Last up was a strong 8th spot overall in the World Tour-race OVO Energy Tour in Britain. Photo: INSTAGRAM

23 year old Dutch rider Eva Buurman is new and she has been a surprise for the team.
Newcomer Eva Buurman raced the LToN also last year, but then she was in the Dutch team Parkhotel Valkenburg. She didn’t start the last stage and she didn’t show herself to much in the race.
But this year – with a new team – she has delivered better results.
Eva’s last result was en impressive 8th place on GC at the World Tour-race OVO Energy Tour in Britain. She also did good results in the Thüringen Ladies Tour in Germany with 4th place both on the 4th and 6th stage. Beside that another four stages where she was in the top-7 and she was 11th overall.Trek-Drops is a team built around mainly young, promising British riders. A little bit of the same way the Norwegian Hitec Products-team is picking up young Norwegian talents. Most of the riders at Trek-Drops are in the age of 20-24 years and naturally they don’t have the top results yet. But there is a lot of talent. 21 year old Abigail Van Twisk was in the Ladies Tour of Norway already last year and in January this year she was 4th on one stage and 3th in the fight for the Best Young Riders jersey in the Santos Women’s Tour in Australia.

24 year old Molly Weaver is a little bit more experienced and has a silver from the British TT Championships in 2015, the same year she was 4th in the road race at the same championships. 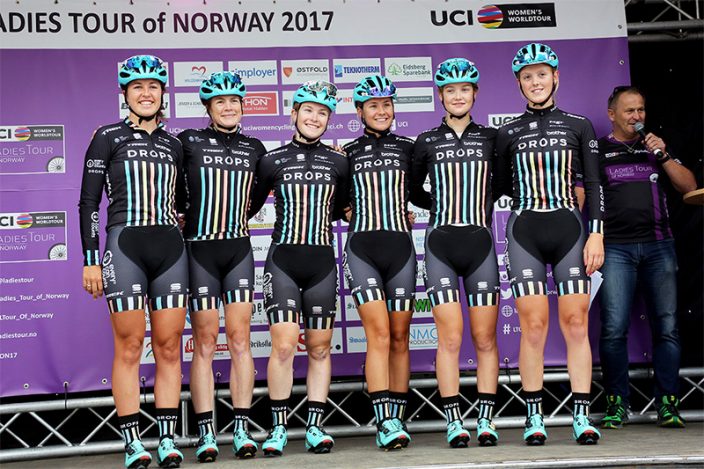 BRITAIN’s Trek-Drops didn’t show themselves to much at the LToN last year, but this year the team has a couple of new, strong riders who have delivered results throughout the season. Therefore we will probably see more of the Trek-Drop’s jerseys in this years race. Photo/rights: MARCELA HAVLOVA/KEK-stock

The most experienced newcomer is anyway Tayler Wiles. The 28 years old American is coming from the UnitedHealthcare-team and she has several victories in her carrier. Wiles is also a great TT-rider. She won the GC both in the Tour of New Zeeland in 2015, Tour Cycliste Feminine International de l’Adéche in 2015 and the Tour of the Gila in 2017.
She also has a second place from La Route de France in 2016 and from the Amgen Tour of California this year. Beside that she won a stage of the Thüringen Ladies Tour last year, so Tyler Wiles has lifted the Trek-Drops-team and added experience to the young British riders.

In August she will make her debut in the Ladies Tour of Norway.