Presentation of the teams in LToN 2018: Alé Cipollini – strong and experienced sprinters

The Italian team Alé Cipollini with their yellow jerseys is a familiar sight in the Ladies Tour of Norway. Last year the team won stage 2 in Fredrikstad when Chloe Hosking outsprinted Marianne Vos after the incident when the bridge opened and put the field together again with about 5 km to the line.
But this team has several riders to watch out for, so look out for the yellow jerseys also in 2018! 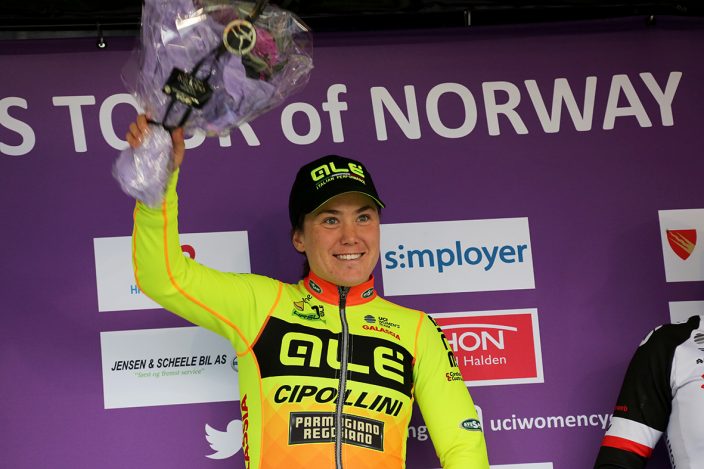 Australian rider Chloe Hosking won a tight sprint vs Marianne Vos in Fredrikstad last year. It was Hosking’s first year in the team and the now 27 year old has also been riding for the Norwegian team Hitec Products in 2013 and 2014. Hosting has several big wins on her list, among them is the victory from La Course by Tour de France in 2016.

A strong sprinter is also the veteran Marta Bastianlli. The 31 year old Italian won the World Championships title back in Stuttgart 2007. She has also won the ladies Gent-Wevelgem in Belgium this year. 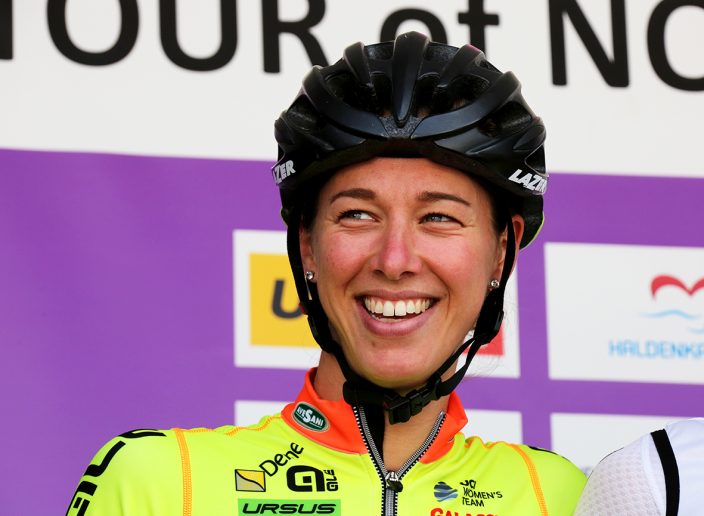 JANNEKE ENSING is a very strong rider who took a place in the extreme strong Dutch team at the World Championships in Bergen, Norway last September. Photo/rights: MARCELA HAVLOVA/KEK-stock

Another powerful rider is Janneke Ensing, the 31 year old Dutch rider who played a domestic role in the World Championships in Bergen, Norway last September. The strong Dutch team won the title through Chantal Blaak.

Lithuanian Daiva Tuslaite was in a long break on the last stage of LToN last year, and she is the Lithuanian champion the last three years. Two other powerhouses are Romy Kasper of Germany and Ana Santesteban of Spain.

The team also has a couple of strong new riders this year. Roxane Knetemann – daughter of the old Tour de France-hero Gerrie Knetemann – came to Alé Cipollini from the French team FDJ Nouvelle Aquitaine Futuroscope after many years at Rabobank-Liv in her home country Holland.
New in the team is also the 19 year old talented Karolin Swinkels who came from Parkhotel Valkenburg. She is the Junior World Champion in time trailing from Doha, Qatar 2016. 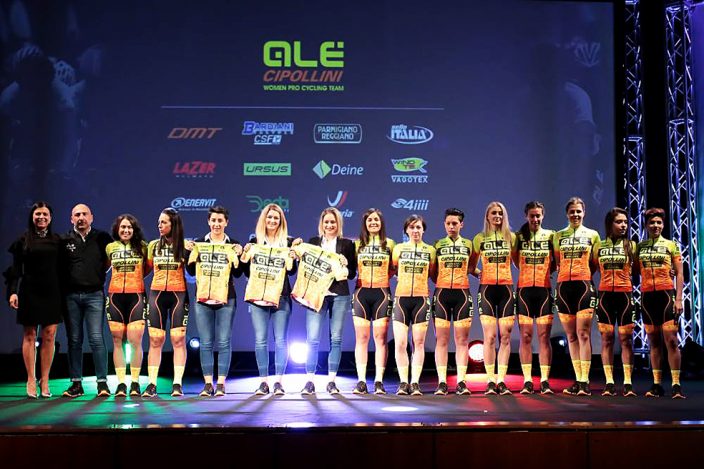 HERE FROM the teams presentation in front of this season. All the stars in the Italian team on stage. Photo: ALÉ CIPOLLINI

This very international team has the old Italian sprint king Mario Cipollini as sponsor and guardian. The riders are coming from Italy, Holland, Japan, Australia, Germany, Spain, Lithuania and Belgium.